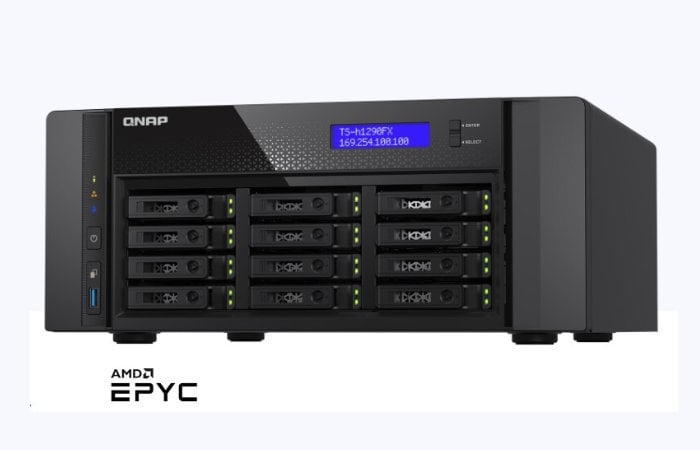 Network attached storage manufacturer QNAP has introduced a three new NAS  systems this week in the form of the TS-h1290FX-7302P-256G, TS-h1290FX-7302P-128G and TS-h1290FX-7232P-64G NAS. The new 12-bay with U.2 NVMe/ SATA all-flash, featuring ZFS-based storage and 25GbE connectivity is ideal for office environments, and offers collaborative 4K/8K video editing, and file sharing with support for QuTS hero or the QTS system depending on your preference. Watch the promotional video below to learn more about its features and functionality. “Modern businesses and studios shouldn’t need to dedicate entire rooms to accommodate hot and loud servers, and that’s where the TS-h1290FX comes in. Contained within a unique tower form factor and utilizing quiet cooling is exceptional performance driven by a server-grade processor, all-flash U.2 NVMe SSD storage, and QNAP’s enterprise-grade QuTS hero operating system,” said Jason Hsu, Product Manager of QNAP, adding “the TS-h1290FX is a remarkable storage solution that provides exceptional power to deal with the modern demands of businesses and studios – including high-resolution media editing and online collaborative workflows.”