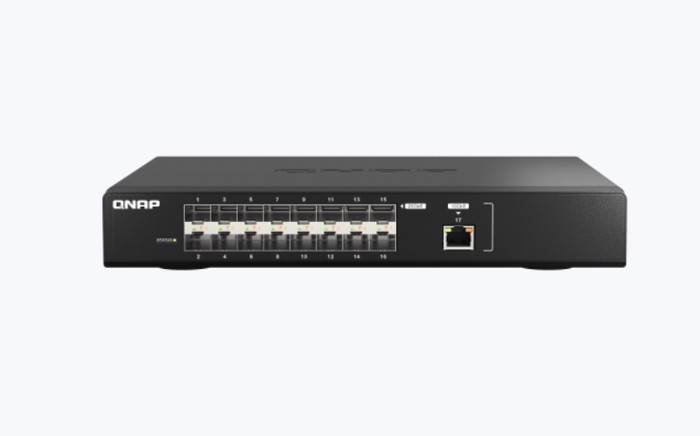 The back QNAP QSW-M5216-1T fiber managed switch offers a bone switching capacity of 820Gbps to serve as the core switch uplink to 25GbE/100GbE Servers and NAS in server rooms, or connecting to 25GbE/100GbE switches. The 25GbE SFP28 fiber ports are backward compatible with 10GbE SFP+ and 1GbE SFP and the 10GbE RJ45 port is compliant with Multi-Gigabit NBASE-T technologies to support five networking speeds (10Gbps, 5Gbps, 2.5Gbps, 1Gbps and 100Mbps).