Some of you might remember the wall clocks we have featured here on Geeky Gadgets that told the time in words rather than numbers, such as the Qlocktwo Clock and the DIY Arduino Word Clock. 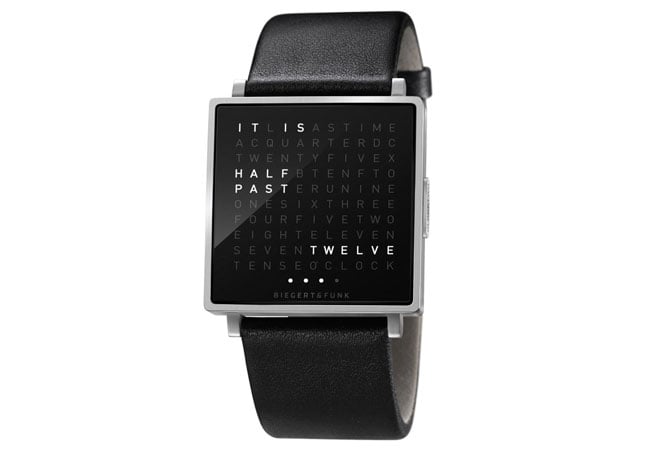 The square watch face of the unique QLOCKTWO W wristwatch has a uniform grid of 110 letters, which is illuminated when you press its reveal button. The initially random order of the characters lends this wristwatch a mysterious aesthetic.

The unique QLOCKTWO W wristwatch will be arriving in the autumn 2012, and will be available in two different models, natural stainless steel or black. Both versions will be available to purchase for around 550€ or $720.