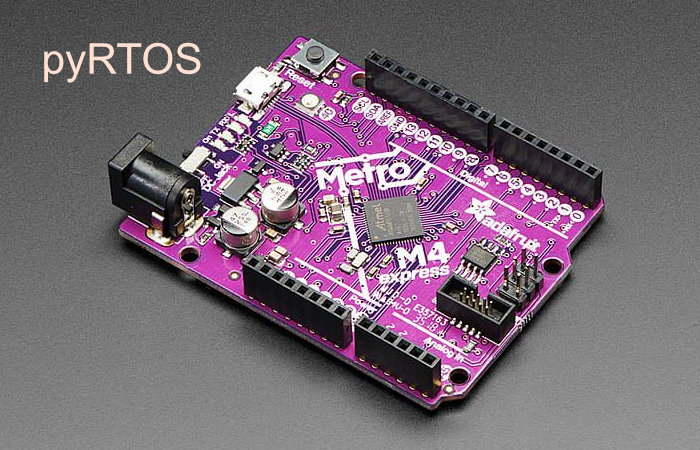 CircuitPython users may be interested in a new real-time operating system (RTOS) created for the CircuitPython platform the aim of providing a pure Python RTOS. pyRTOS was modeled after FreeRTOS, with some critical differences and should also work in MicroPython, as well as being used in standard Python as well. pyRTOS separates functionality into tasks. A task is similar to a thread in a desktop operating system, except that in pyRTOS tasks cannot be migrated to other processors or cores.

“pyRTOS is a real-time operating system (RTOS), written in Python. The primary goal of pyRTOS is to provide a pure Python RTOS that will work in CircuitPython. The secondary goal is to provide an educational tool for advanced CircuitPython users who want to learn to use an RTOS. pyRTOS should also work in MicroPython, and it can be used in standard Python as well.

pyRTOS was modeled after FreeRTOS, with some critical differences. The biggest difference is that it uses a voluntary task preemption model, where FreeRTOS generally enforces preemption through timer interrupts. This means there is a greater onus on the user to ensure that all tasks are well behaved. pyRTOS also uses different naming conventions, and tasks have built in message passing.

To the best of my knowledge, aside from voluntary preemption, the task scheduling is identical to that found in FreeRTOS. Tasks are assigned numerical priorities, the lower the number the higher the priority, and the highest priority ready task is given CPU time, where ties favor the currently running task. Alternative scheduling algorithms may be added in the future.”