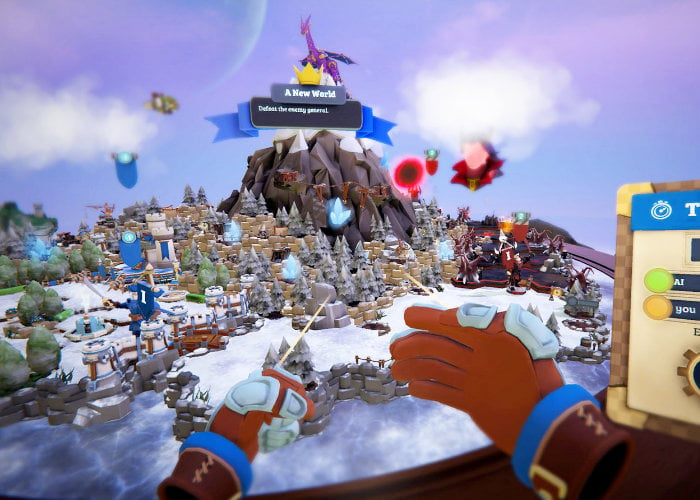 Paul van der Meer Designer from Vertigo Games has taken to the official PlayStation blog this week to reveal more details about the new PlayStation VR strategy game Skyworld which will be launching on the platform early next year. Skyworld has been created to provide players with a unique blend of turn-based strategy, deck-building, and fast-paced real-time battles. Check out the announcement trailer below to learn more about what you can expect from its virtual reality gameplay and mechanics.

“From the team that brought you Arizona Sunshine, a new VR strategy game is coming to PS VR in early 2019! Skyworld is all about building your army and commanding your knights, snipers, catapults, even dragons and many more unique units as you tower over your toy-like battlefields made of the stuff of classic strategy fans’ dreams.

In a unique blend of classic turn-based strategy, deck building and fast-paced real-time battles, Skyworld offers a story-based campaign spanning eight unique Skyworlds for you to conquer from a range of enemy commanders. Or prove your might against other players online in Skirmish mode… for Skyworld!

Turn-based world building takes place in the so-called Overworld; this is the world map where you lead your kingdom, construct buildings such as mills, quarries, lumberjack huts and more to support your increasing population and set out to claim new regions for your growing kingdom. Of course, this will bring you head to head with your inevitable enemy.”

For more information on the new Skyworld virtual reality game jump over to the official PlayStation VR blog by following the link below.