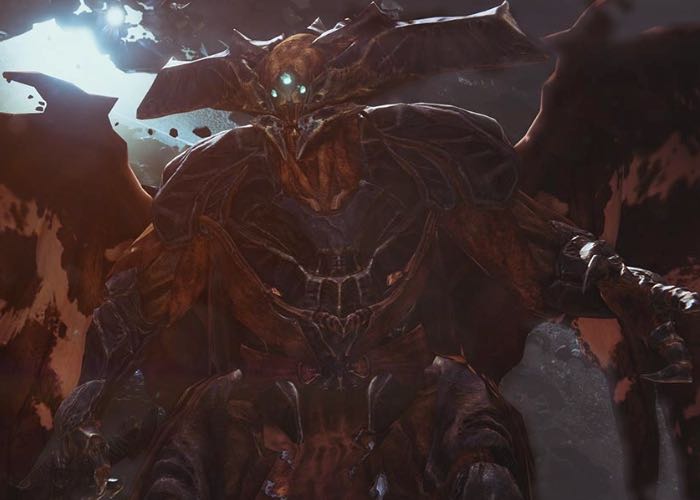 DeeJ Community Manager, Bungie has published the new Destiny The Taken King trailer on the PS Blog that was showcased during Sony E3 press conference this week providing a first look at what you can expect.

The new major expansion of the PS4 Destiny game will be arriving on September 15th 2015 and will bring with it new enemies and new locations to explore.

The Destiny: The Taken King Legendary and Collector’s Editions are now available to pre-order.

“A dark shadow has fallen over our worlds. Oryx, The Taken King, is hell-bent on vengeance and is raising an army of corrupted “Taken” forces by manipulating the Darkness itself. You must find a way into his impenetrable Dreadnaught ship to defeat The Taken King before he and his dark army consume our civilization and bring our solar system to ruin.

Oryx, The Taken King has arrived in our solar system, bringing with him a corrupted army to exact revenge on the Guardians who destroyed his son, Crota, and to consume our worlds. Arm yourself with newfound abilities, weapons, and gear. Defeat the Taken hordes. Make your way aboard the Dreadnaught, and face Oryx himself within his inner sanctum.”

For more information on the new Destiny The Taken King expansion jump over to the official website for details via the link below.