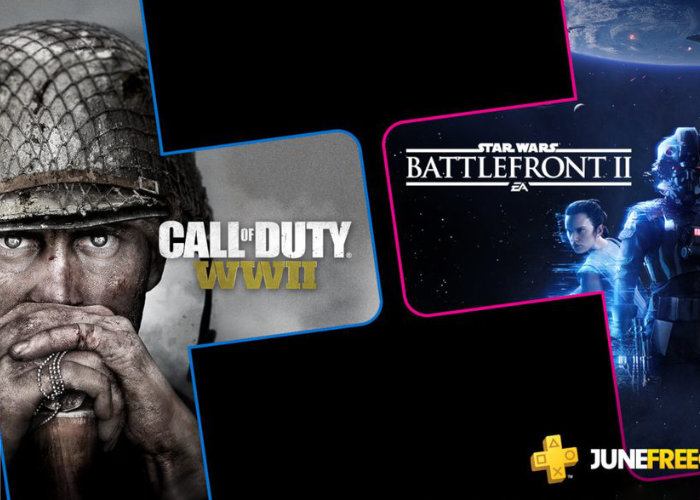 Adam Michel Senior Manager of Game Services Content at Sony Interactive Entertainment has taken to the official PlayStation blog to announce the new PS Plus games for June. Next month Star Wars Battlefront II and Call of Duty: WWII will be available to download and play on the PlayStation platform, free two PlayStation Plus subscribers.

“Journey to a galaxy far, far away or head into the trenches with a pair of first-person adventures that come packed with explosive campaigns and thrilling multiplayer modes.”

“PS Plus members face a tough question this month: do you prefer your action to be down-to-earth, or in a galaxy far, far away?

If the former, Sledgehammer Games invites you back to the dramatic backdrop of World War II as the Call of Duty series returns to its roots. If the latter, join huge Star Wars battles across three eras, and rebel against the Empire, or crush the Resistance in Star Wars Battlefront II. Whether you want to be the hero, villain, or an elite trooper, there’s a Star Wars battle fantasy for everyone.

Regardless of what choice you make, buckle up: both boast explosive story-driven campaigns and thrilling multiplayer modes* to lose yourself in.”