Shamees Aden a designer based in London has unveiled a new and very unique pair of trainers she is creating called the Protocells, which are 3D printed using synthetic biological cells called Protocells.

Protocells are very basic molecules that are not alive on their own, but can be combined to create living organisms. The Protocells trainers are 3D printed to the exact size of the user’s foot. 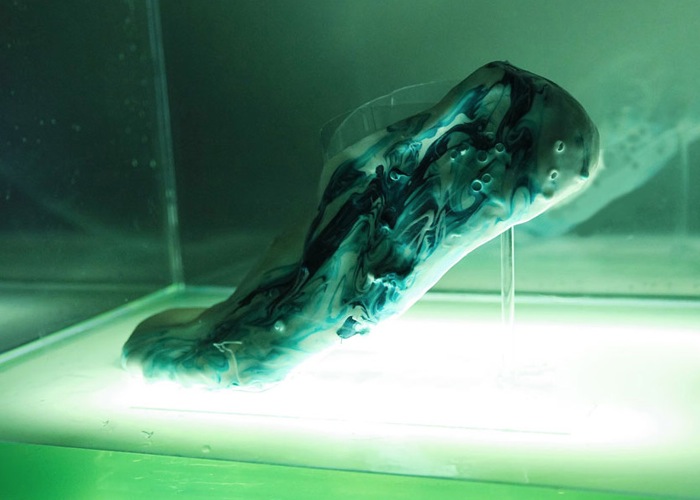 Using the synthetic biological material enables the design of the footwear to fit like a second skin to the wearer. Then as they are being worn the Protocells trainers increase the cushioning required in certain areas to suit the exact needs of the wearer and the uniqueness of their feet. Then after a run the Protocells trainers will even repair themselves overnight. 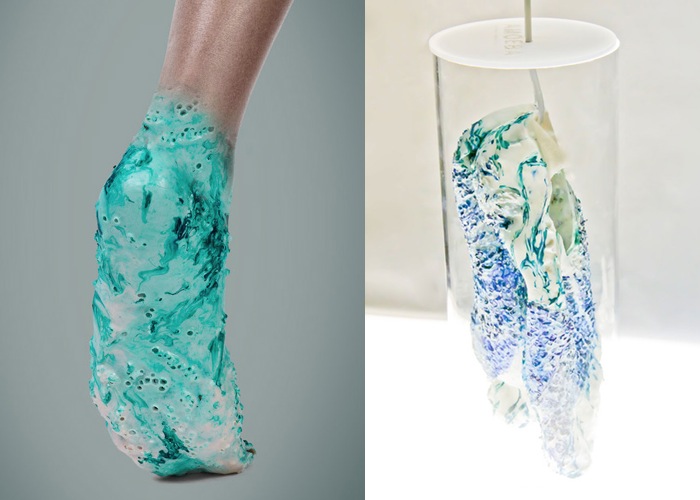 Aden has developed the innovative Protocells trainers with Dr Martin Hanczyc, a professor at the University of Southern Denmark who specialises in protocell technology.

By mixing different types of the Protocells non-living molecules, researchers are attempting to produce artificial living systems that can be programmed with different behaviours, such as responsiveness to pressure, light and heat. In an interview with Dezeen Aden explained:

“The cells have the capability to inflate and deflate and to respond to pressure,”-“As you’re running on different grounds and textures it’s able to inflate or deflate depending on the pressure you put onto it and could help support you as a runner.

After a run, the protocells in the material would lose their energy and the shoes would be placed in a jar filled with protocell liquid, which would keep the living organisms healthy. The liquid could also be dyed any colour, causing the shoes to take on that colour as the cells rejuvenate.

You would take the trainers home and you would have to care for it as if it was a plant, making sure it has the natural resources needed to rejuvenate the cells,”

For more information on the new Protocells trainers jump over to the Dezeen website for details using the link below.