We have featured a number of different PC case mods here t Geeky Gadgets over the years, but I think the latest case mod is one of the coolest we have seen so far, the Project Xperience which was created by Florian from Hering Home Projects.

The case was built from plexiglass and it features an aluminum core, and Florian planned out his design using a CAD program, and it is designed to be used as a HTPC in your living room, and according to Florian it is almost completely noiseless as it uses passive cooling. 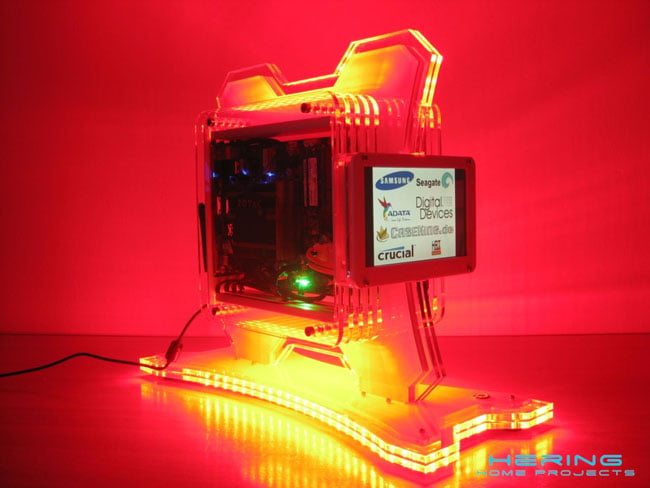 Inside the Project Xperience PC there is an Intel Atom D525 processor, a Samsung 2TB hard drive and a Seagate Barracuda Green 2TB hard drive, a couple of TV tuners, and on the front of the case is a 7 inch touchscreen display. 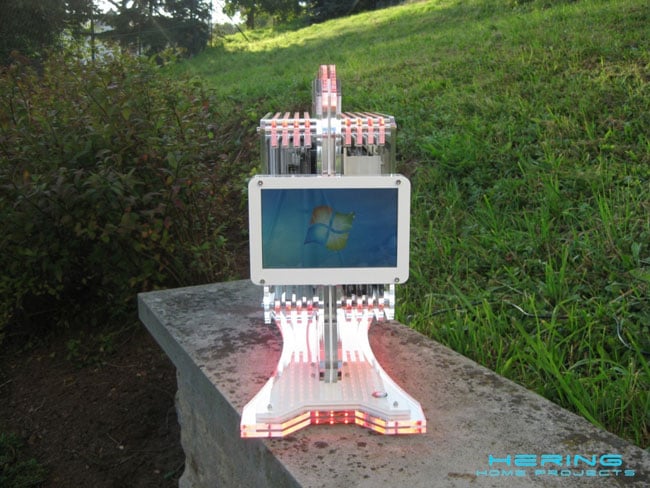 Head on over to Florian’s website, Hering Home Projects (German), for lots more photos and details on how he made this awesome plexiglass PC.