We have featured a number of modded computer cases and systems here on Geeky Gadgets over the years, but this monster mod project called Kapros will take some beating.

Project Kapros is a three monitor setup that has been built into its own workstation desk. The desk started life as an IKEA Galant desk for around $160 but now resembles a workstation Tony Stark would feel at home using. 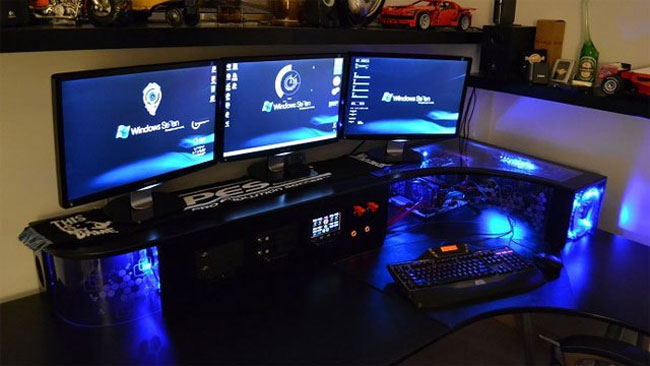 The PC desk system has been created by Kaxtos from the Overclock.net forums. Jump over to the forum to see the desk built from scratch and the components being fitted into place, with lots more photographs of the project. Awesome Job!