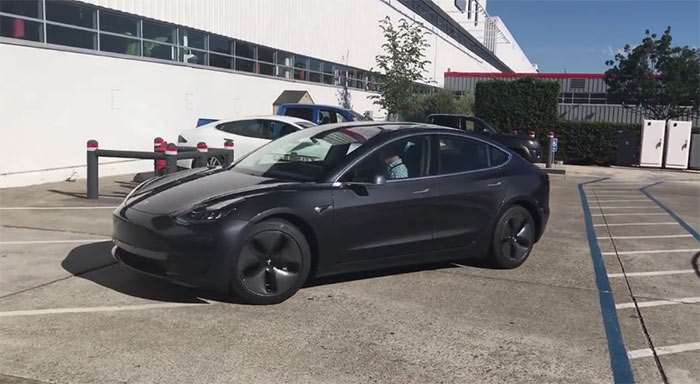 The Tesla Model 3 is in the works, we all know that at this point. In fact Tesla CEO Elon Musk has shown off images of the very first Model 3 to roll off the assembly line via Twitter. Recently another Tesla Model 3 was spied pulling out of what appears to be a parking area with lots of EVs.

The dude behind the wheel of the car is said to be Doug Field, Tesla Sr. VP of Engineering. Field doesn’t really give up any details on the car as the man films him adjusting the seat and pulling out.

All Field does give up is that the car is a production version of the Model 3. The car does seem a bit odd in some proportions to my eyes, but I’ll save the final opinion on styling until I see one in person. I don’t care for the wheels, they look too thick and bulky.