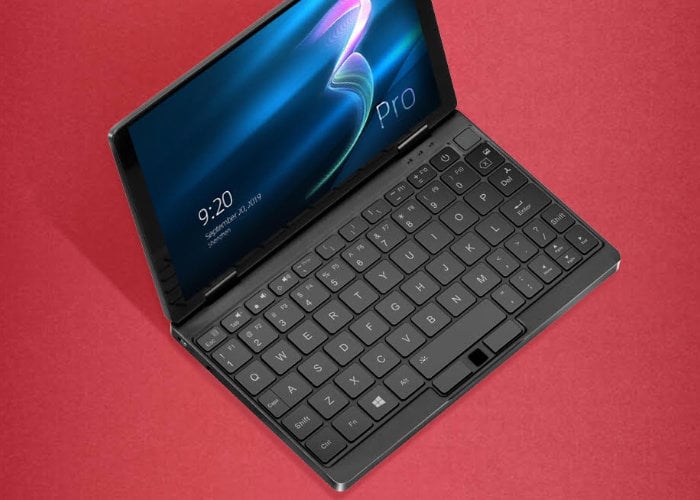 The first details have been revealed by One Netbook for their new One Mix 3 Pro mini laptop, which as the name suggests builds on the previously released One Mix 3 unveiled and launched earlier this your. As the “Pro” name suggests the latest mini laptop is equipped with a more powerful processor in the form of a 10th Generation Intel “Comet Lake” CPU. 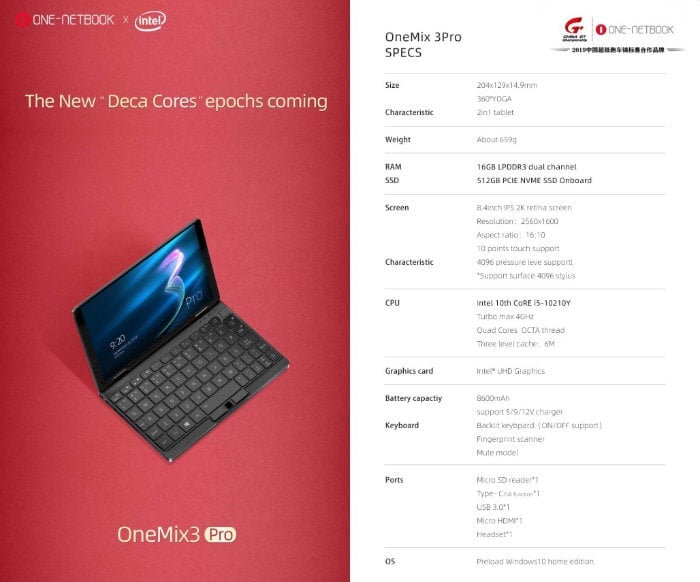 Equipped with an 8.4 inch touchscreen display offering a resolution of 2560 x 1600 pixels and support for a pressure sensitive stylus. The mini laptop also offers a backlit keyboard and is powered by an Intel Core i5-10210Y quad-core processor supported by 16GB of RAM and equipped with 512GB of NVMe storage. Unfortunately, no information on pricing or worldwide availability has been released as yet for the One Mix 3 Pro by One Netbook, but as soon as information comes to light, we will keep you updated as always.

Other features of the mini laptop include connectivity via micro HDMI, USB 3.0 Type-A, USB-C, and headphone jack together with a handy microSD card reader for further easy storage expansion if required.