PowerA has revealed a new bluetooth controller it’s created for Android devices, called the MOGA. PowerA will be showcasing their new MOGA games controller  at the upcoming E3 games exhibition next week which runs from June 5-7th.

The MOGA controller is equipped with dual analog sticks and shoulder buttons, together with a spring loaded centre section. Into which you place your Android smartphone whilst gaming, as in the image below. 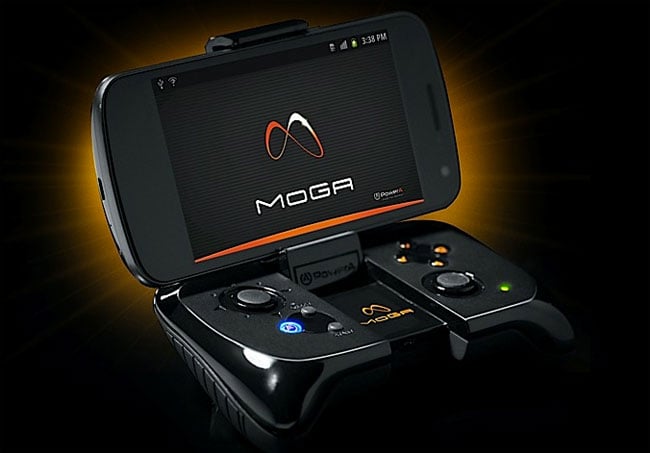 PowerA has also created a companion app for the Bluetooth controller called the MOGA Pivot app. Which is being released concurrently with the controller, and will be available from the online Google Play store. Tech site Engadget has already been able to get their hands on the new MOGA Bluetooth Android controller, and put it though its paces. Check out the full hands-on report over at their website.