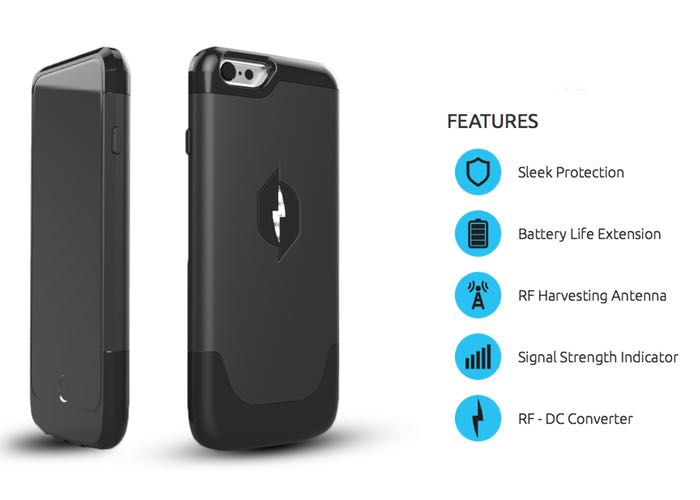 Back in May Nikola Labs unveiled their new smartphone case that was capable of recharging your mobile using just wireless radio frequencies that are invisibly circulating around us.

The Nikola Labs smartphone case converts radio frequencies into DC power using a RF harvesting Antenna and has now launched on Kickstarter with the aim of raising $135,000 to take the concept into production.

Our technology captures wasted RF energy out of the air, and feeds it back into your phone which results in significantly more battery life. Our phones emit large amounts of energy in the form of radio frequency (RF) signals like WiFi, 4G, 3G and Bluetooth.

When your phone is transmitting, only a small fraction of the phone’s signal actually reaches the receiver (Cell tower, WiFi router), while the majority of the signal is wasted to the air. Our proprietary RF harvesting technology captures that wasted RF energy and converts it into DC power that can be used to power devices.

Jump over to Kickstarter for more details and to make pledge from $89 to be one of the very first to be able to harness the radio waves around you.