If you are waiting for the new sequal Portal 2 to be released, which will be hitting store shelves and Steam on April 21st, 2011, this Lego creation will bring back memories of the first Portal.

Will Page, AKA Haystack Hair has used his Lego to create one on the most accurate Lego copies of a Portal Turret Sentry we have seen. 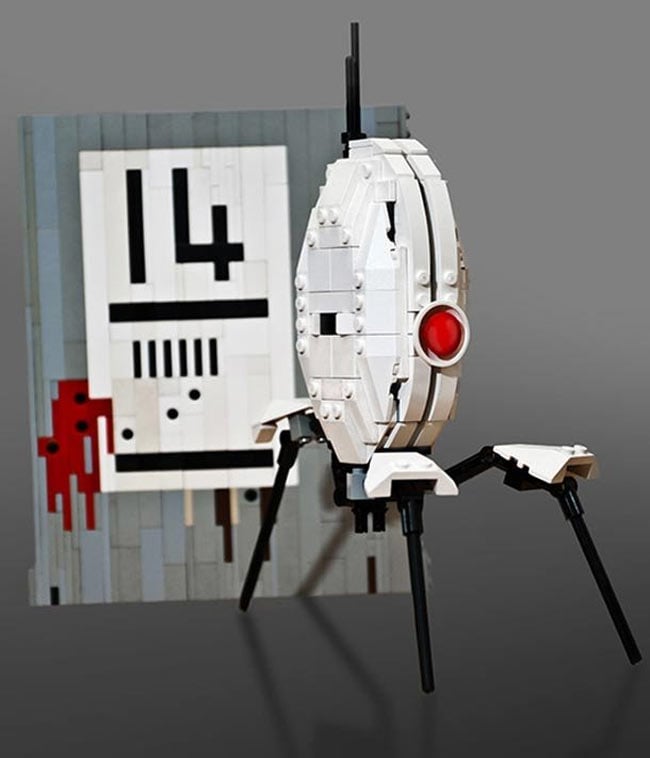 Even though they are the most well manner sentries you will probably meet within in a game, they are not to be underestimated. You can check more images of Haystack Hair’s Lego Portal creation on his Flickr page.

This was a difficult build due to the seam down the middle, the curvy shape, and the unstable legs. Trying to fit in all the features though; it does have opening gun panels and guns inside.