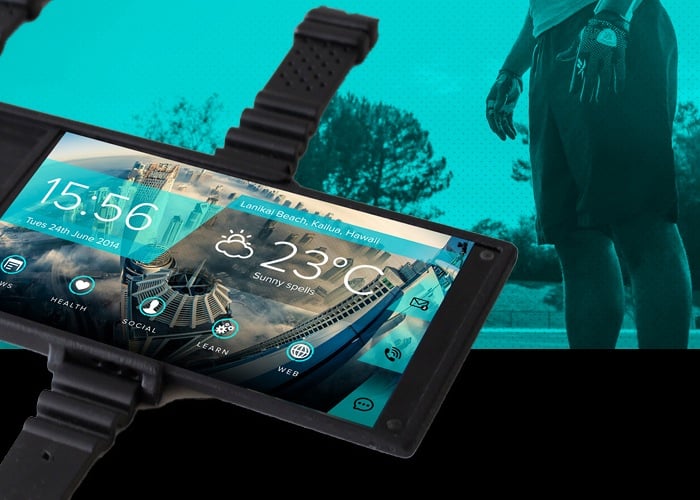 If you are looking for a wearable device that has a much larger screen than the new range of smartwatches recently unveiled and launched by the likes of Apple, Samsung, Motorola and LG. You might be interested in the Portal a flexible smartphone that offers huge screen and is worn on your wrist.

The Portal is shatterproof, water resistant and is also fitted with a flexible screen that size of a smartphone and has been designed to allow you to track your fitness, surf the Internet and more. Watch the video after the jump to learn more about the Portal flexible smartphone project concept and see it in action.

As with many crowd funded projects the design looks to be just a mock-up rather than a fully functional flexible smartphone that could be demonstrated in use. There are plenty of artistic renderings of the design being worn in different scenarios but no demonstration of the operating system or hardware. 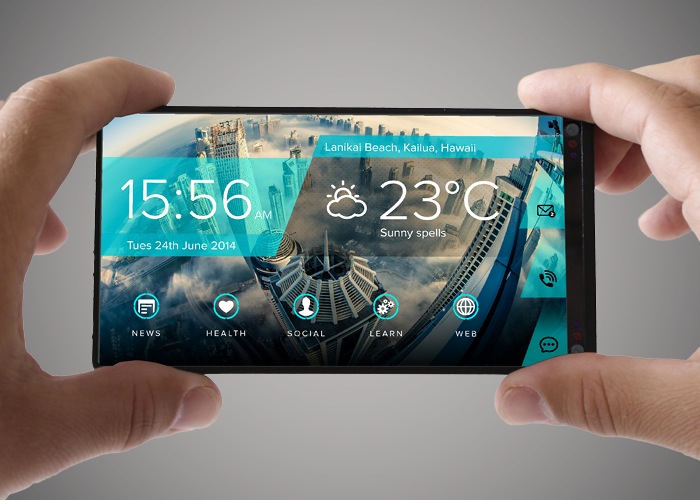 The Portal flexible smartphone project is currently over on the Indiegogo crowd funding website looking to raise $300,000 in pledges to make the jump from concept to production. However without any working prototypes and the recent spate of crowd funding projects that have gone wrong and left backers out of pocket. I feel the Portal team needs to show some working devices before the project will be able to generate the funds it deserves.

So if you think Portal is something you would like to be one of the first to own, visit the Indiegogo website now to make a pledge and help Portal become a reality. But as always be aware you are backing a concept project and may be liable to lose your money if the projects goes off track and can’t deliver on its promises.