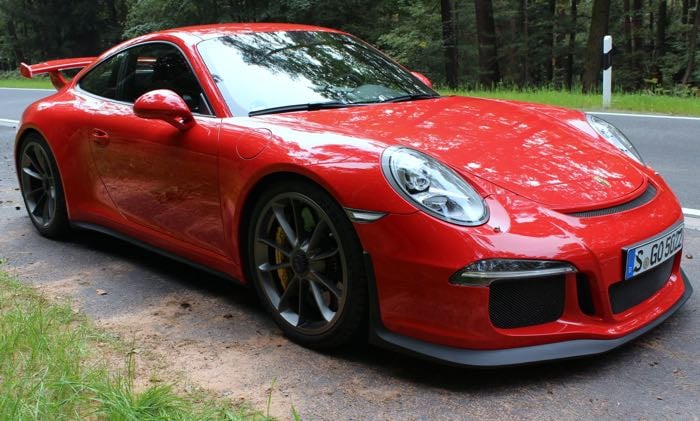 Porsche has all but confirmed they will be showing off their new Porsche 911 GT3 RS track focused supercar at the Geneva Motor Show next month.

Now the company has announced that they will show off two track focused Porsche sports cars in Geneva, one will be the new Porsche Cayman GT4 which was announced recently.

Porsche have not confirmed what the second car will be but, it is pretty much given that the company will launch their new 911 GT3 RS at Geneva next month.

The second new model is another exceptional Porsche that sets new standards on the racetrack. The world premiere will take place during the Porsche press conference at the Palexpo Arena in Geneva at 11:30 (CET) on March 3, 2015. A live webcast will be available in German and English on: http://porsche.gomexlive.com/. This vehicle confirms the sports car manufacturer’s commitment to high performance sports cars that manage to make a very special link between everyday driving and motorsports.

As soon as we get some more information on the new 2015 Porsche 911 GT3 RS we will let you guys know.