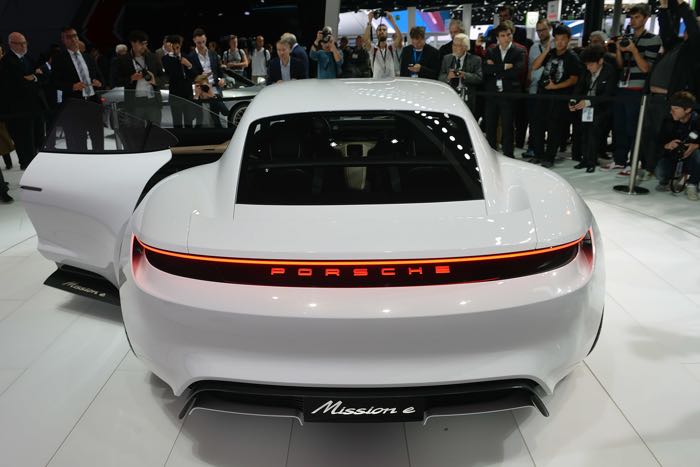 The Porsche Mission E concept was unveiled at the Frankfurt Motor Show last month, we recently saw a video showing off the interior of this new Electric Vehicle and now Porsche has released another video.

The latest video gives us a look at the interface and also some of the new technology that Porsche has used in the Mission E.

As we can see from the video, Porsche has also featured an Apple Watch in the video, which will be used to communicate with the vehicle.

The Porsche Mission E is only a concept car at the moment, it comes with an electric motor and will have a 0 to 62 miles per hour time of 3.5 seconds.

Porsche recently revealed that this new EV can reach an 80 percent charge from flat in just 15 minutes. Porsche have not revealed any details as yet on whether it will go into production.