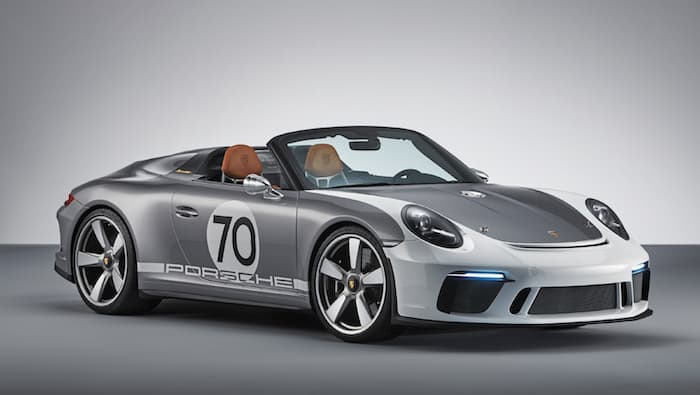 The new Porsche 911 Speedster concept was unveiled back in June and now it looks like Porsche will be putting the car into production.

Porsche have been showing off their 911 Speedster concept at the Goodwood festival of speed over the weekend, according to a recent report the car will be launching in 2019.

Porsche has yet to official confirm this, the car maker will apparently give the Porsche 911 Speedster go ahead in the next few week.

There will be a limited production run of the car which will apparently be less than 2000 units, the exact number is not know as yet. As soon as we get some more details on the new 911 Speedster and also details on when it will launch, we will let you guys know.