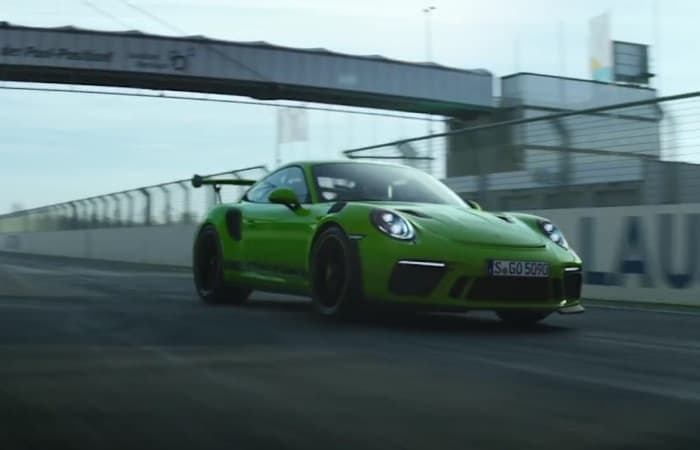 The new Porsche 911 GT3 RS was announced back in February and we have already seen a video of Porsche’s new GT3 RS in action. Now Porsche has released another video and this time the GT3 RS hits the track.

In the video below we get to listen to the awesome naturally aspirated 4.0 litre GT3 RS engine, the car comes with an impressive 520 horsepower, have a look at the video below.

The 911 GT3 RS comes with some impressive performance figures, these include a top speed of 193 miles per hour. It also comes with an 0 to 60 miles per hour time of just 3.0 seconds. The engine sounds awesome in the video.