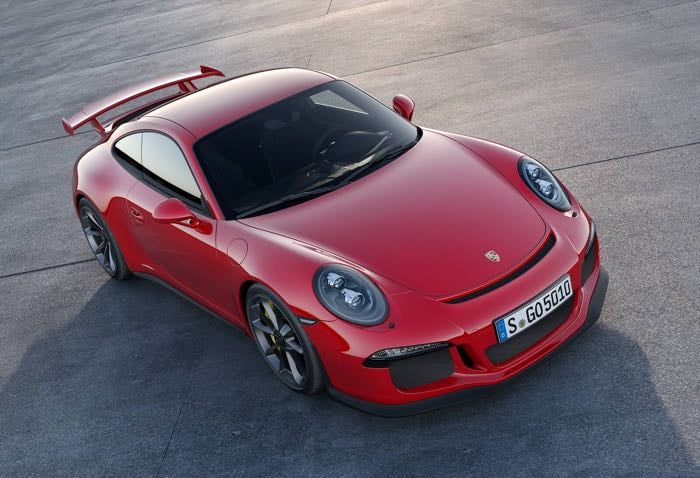 The Porsche 911 GT3 RS will make its debut at the 2015 Geneva International Motor Show on the 2nd of March.

The new Porsche 911 GT3 RS was originally scheduled to launch around nine months ago, although the launch was delayed due to engine issues.

The new 911 GT3 RS is expected to be considerably lighter than the current 911 GT3, Porsche will also be focusing on aerodynamics to improve performance over the standard GT3.

This new 911 GT3 is expected to get some of its design cues from the 911 Turbo and will apparently use the widest of the three 911 bodies and will feature air intakes in the rear wings.

As soon as we get some more information on the new Porsche 911 GT3, including some actual photos of this new supercar, we will let you guys know.