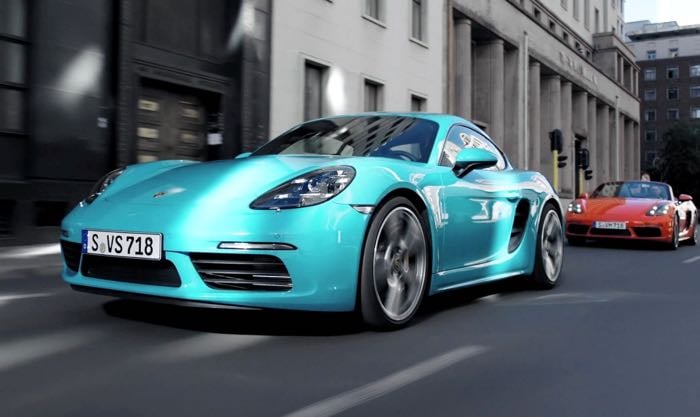 The new Porsche 718 Cayman was made official last month and Porsche also unveiled their new &18 Boxster back in January.

Now the company has release another video of the two cars and we get to see them side by side on the road, both models come with new turbocharged engines, which is a first for Porsche excluding their 911 Turbo supercars.

The 718 Cayman and Boxster are available in two models, a standard and an S model, both of these models have improved performance over the cars they replace.

Both models of the update Cayman will launch in the UK in September with prices starting at £39,878 for the standard car and £48,834 for the Cayman S.