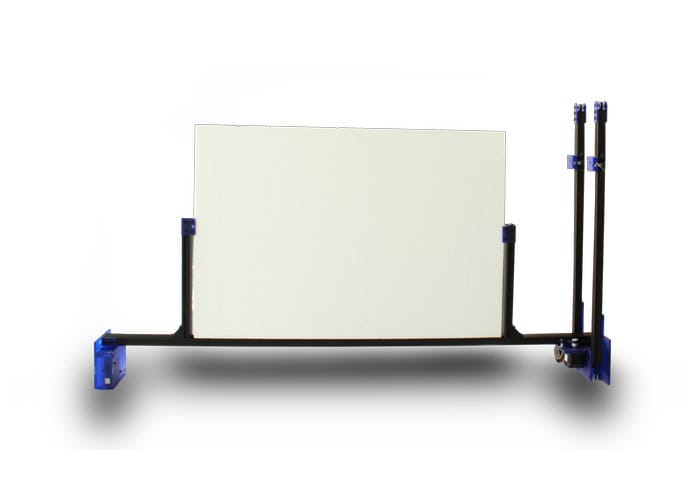 Makers and hobbyists interested in cutting polystyrene sheets into intricate shapes, may be interested in a new desktop cutting machine named the PolyShaper Azul. Computer-controlled polystyrene cutter has been launched via Kickstarter and offers a machine “designed by professionals for professionals” say it’s creators.

“The PolyShaper Team is back again. After an intense summer of hard work to keep the promises of the PolyShaper Oranje batches, here we are with a new product: the PolyShaper Azul. The main difference is the increased dimensions (100×50 cm of working area and up to 10 cm of thickness). This was a mandatory requirement for a machine that wants to be thought for professionals. Moreover we added some little foresights suggested by you backers. This time we are trying a fast Kickstarter campaign in order to make you happy receiving the goods as soon as possible and to us the possibility to go to the market in a restricted lapse of time, just after your feedbacks. “

For more details and demonstration videos jump over to the PolyShaper Azul desktop polystyrene cutter Kickstarter crowdfunding campaign page by following the link below.