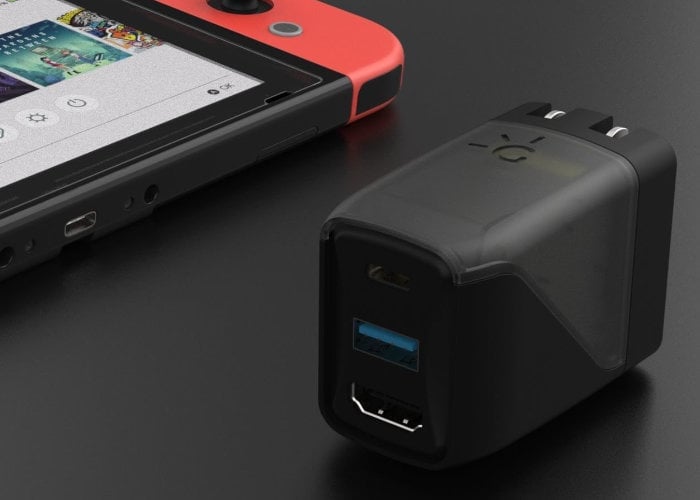 Human Things has returned to Kickstarter to launch their second Nintendo Switch product following on from the GENKI Bluetooth Audio adapter designed specifically for the Nintendo Switch handheld. The company’s latest product is the GENKI Converter Dock which not only allows you to charge your Switch handheld console but also doubles as a TV dock. Watch the demonstration video below to learn more about the small adapter and charger which has nearly raised over $400,000 thanks to over 6,000 backers would still 35 days remaining on its campaign.

Not only does the adapter work with the Nintendo Switch would also allow you to connect your Microsoft Surface, iPad Pro, Apple iPhone, GoPro Hero 7 and more to a HDMI connection on a large screen TV.

“We spent this year redesigning the Nintendo Switch dock, making it smaller and smaller until it eventually disappeared. It’s essentially an invisible dock hidden covertly in an inconspicuous, but sleek charger. Let’s tackle the obvious here though. The Switch does not actually sit directly on the Covert Dock, but it does have docking capability. So how does it connect? Glad you asked.”

Early bird pledges are available from just $49 with a US plug connection and $59 if you are looking for European, UK or global adapters supporting over 150 countries. Other extras are also available including a travel HDMI cable and extra USB-C cables if required.