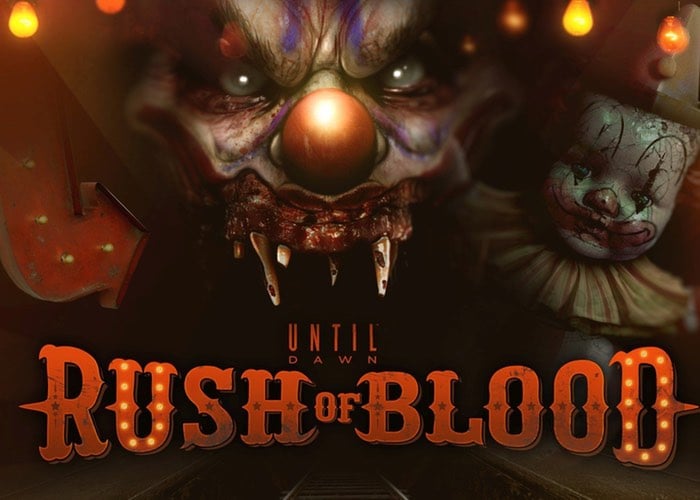 Those of you lucky enough to already have your hands on a PlayStation VR headset looking for new immersive virtual reality games to give you a fright.

Might be interested in the new PlayStation VR game Until Dawn Rush Of Blood which was launched this week. Watch the launch trailer below to learn more about what you can expect from this PlayStation VR horror game.

Developed by Supermassive Games and published by Sony, Until Dawn Rush Of Blood takes the PlayStation 4 horror classic Until Dawn. Transforming it into Until Dawn: Rush of Blood, a virtual reality experience to “strike fear into the hearts of every trigger-happy arcade shooter fan”.

Arm yourself to the teeth then blast your way through a horde of enemies and monsters coming at you from all angles. Duck and dodge everything that’s thrown at you in this fright-filled rollercoaster ride from hell– exclusive to PlayStation VR.

Can you survive seven levels of pure terror to top the global leaderboards? With multiple paths to take and nightmarish themes to scare the living daylights out of you, no two rides will ever be the same – and neither will you…