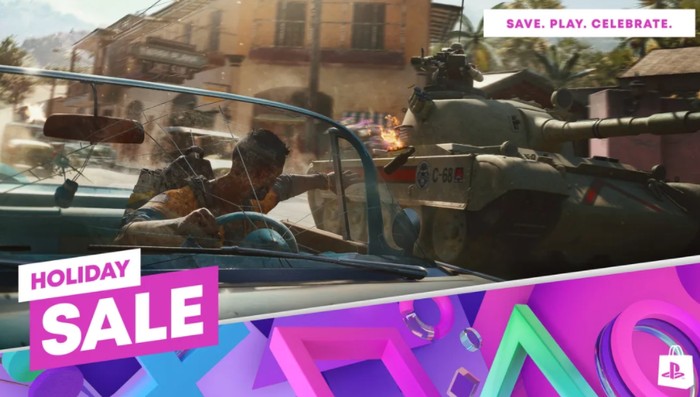 PlayStation gamers will be pleased to know that the official PlayStation Store Holiday Sale is now underway offering the chance to bag a wealth of bargains for a limited time. Charlie Mangan from SIE has taken to the official PlayStation blog to reveal more details about the Holiday Sale promotion which started today on Wednesday, December 22nd 2021 and includes titles such as Call of Duty: Vanguard Cross-Gen Edition, Marvel’s Guardians of the Galaxy, Far Cry 6, FIFA 22 and NBA 2K22.

“The list is so big, we can’t cram it all in here, so find a selection of delectable games that are discounted below, then head over to PlayStation Store when the promotion begins to find out your regional savings. And check back here on January 5, when even more games join the promotion!”

“Far Cry 6 is a 2021 action-adventure first-person shooter game developed by Ubisoft Toronto and published by Ubisoft. It is the sixth main installment in the Far Cry series and the successor to 2018’s Far Cry 5. The game was released on October 7, 2021, and is set on the fictional Caribbean island of Yara, ruled as a dictatorship by “El Presidente” Antón Castillo (portrayed by Giancarlo Esposito) who is raising his son Diego (Anthony Gonzalez) to follow in his rule, players take on the role of guerilla fighter Dani Rojas (voiced by either Nisa Gunduz or Sean Rey), attempting to topple Castillo and his regime.”

So if you fancy grabbing a few games at limited time special promotional prices to keep yourself busy over the holiday season jump over to the official PlayStation Store to check out all the deals available.