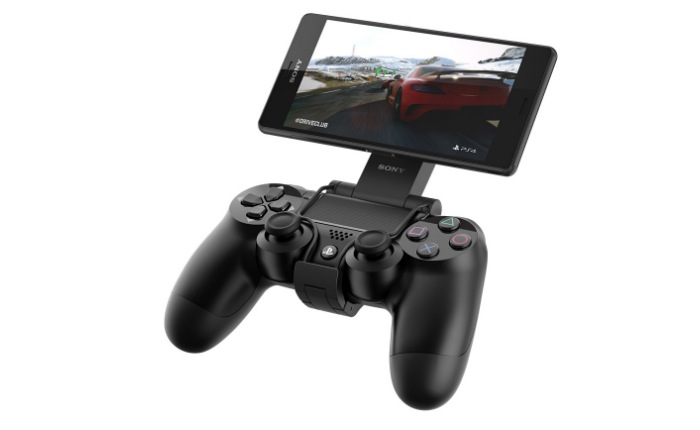 Yesterday afternoon Sony unveiled their new Xperia Z3 and Z3 Compact smartphones to the world, explaining that the new devices are the very first smartphones to support PlayStation 4 Remote Play.

The new PS4 Remote Play features allows users to be able to play PS4 games from their smartphones over a wireless network using a PlayStation controller for control rather than the the touchscreen.

To aid the gameplay when using a PlayStation controller Sony has also created a new mount to combine the smartphone and controller for easier control in the form of the GCM10 Game Control Mount.

Sony has also explained that Users can also theoretically play their PlayStation 4 games via mobile networks however for the best experience wireless connectivity is definitely the way forward.

No pricing for the new Xperia Z3 and Z3 Compact smartphones or GCM10 Game Control Mount have been announced as yet, but as soon as anything is released we will keep you updated as always. However the smartphones are expected to start shipping in November of this year.

For more information on the new PS4 Remote Play feature jump over to the Sony website for details.