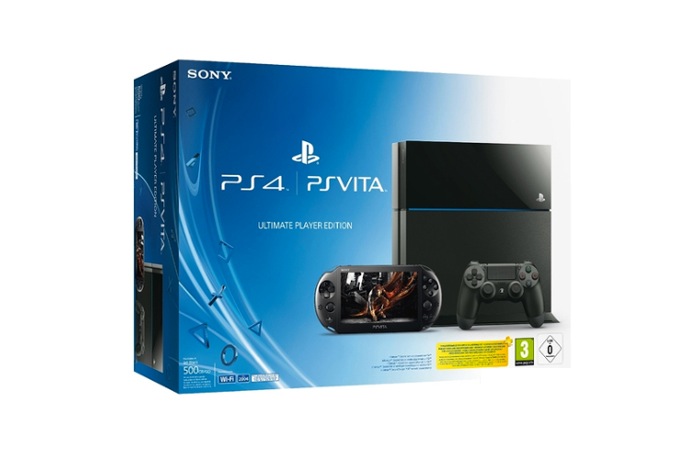 Gamers considering purchasing Sony’s next-generation PlayStation 4 games console might be interested to know that a new PlayStation 4 PS Vita Bundle has been leaked out thanks to the French Amazon website.

Even though Sony has not officially announced the launch of any PlayStation 4 PS Vita Bundle it is listed on the Amazon site priced at €580.

The leaked Amazon listing also reveals that the PlayStation 4 PS Vita Bundle will be available from July 4, 2014. Which could indicate that Sony is planning an Independence Day 2014 celebration PS4 bundle launch.

Unfortunately no information on pricing or worldwide availability has been leaked as yet, and Sony has not yet confirmed or denied the availability of the listed PlayStation 4 PS Vita Bundle. That will definitely offer gamers a new option to consider when purchasing a PS4 if its real. As always as more information is leaked or officially announced by Sony we will keep you up-to-date as always.

To re-cap the next-generation Sony PlayStation 4 console that launched late last year is powered by with 8-cores of AMD Jaguar processing power supported by 8GB of GDDR5 RAM together with a next generation AMD Radeon graphics card.

Other features of the next generation PlayStation 4 console include 2 x USB 3.0 ports, and 1 x AUX port, Wi-Fi, Bluetooth 2.1+EDR, and HDMI port and a 500GB hard drive for storage. 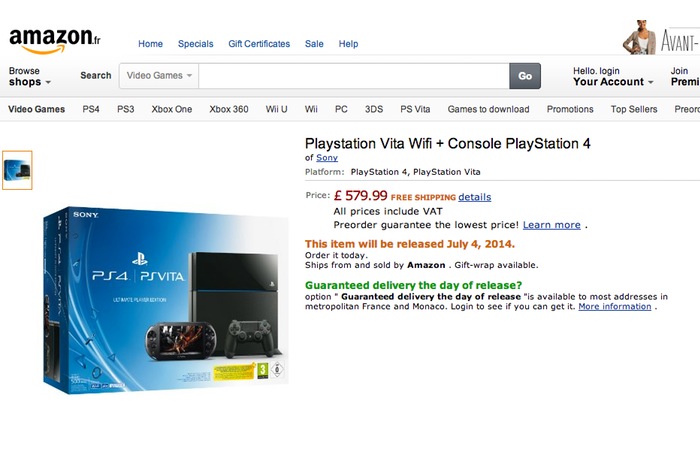