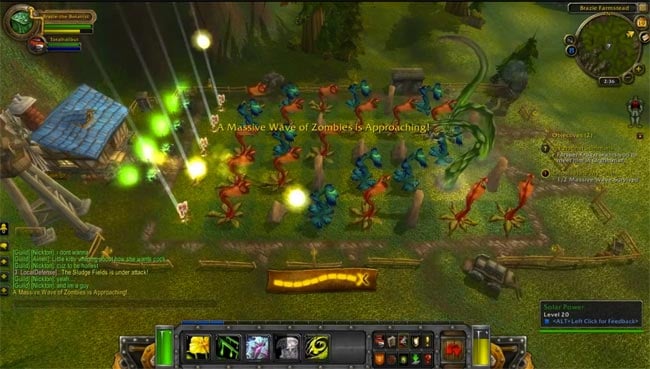 The Plants vs Zombies quest is the latest beta content to be added by Blizzard. The new Peacebloom vs Ghouls quest can be found in the Hillsbrad Foothills, and is such an absurdly detailed recreation of PvZ (albeit with only 6 plants)

Blizzard and PopCap Games, the makers of PvZ, have collaborated before to create versions of popular PopCap games like Peggle and Bejeweled that allowed WoW players to play them without tabbing out of World of Warcraft

However this is the first time that a PopCap product has been fully integrated into World of Warcraft as a part of the world.