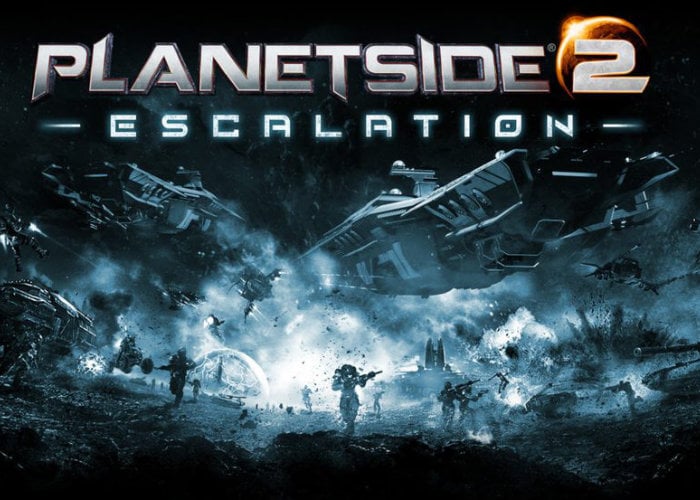 After rolling out onto PC systems the latest and biggest ever update to the PlanetSide 2 game has finally arrived on the PlayStation platform and is now available throughout the US, with European gamers able to enjoy the update from July 31st 2020. Justin Golenbock Community Manager at Rogue Planet Games as taken to the official PlayStation blog to reveal more about what you can expect from this massive update to PlanetSide 2.

“For the uninitiated, PlanetSide 2 is a revolutionary, massive scale, first-person shooter that challenges the grit and skill of every soldier through intense infantry, air, and ground vehicle gameplay. PlanetSide 2 is synonymous with large-scale warfare – we hold the Guinness World Record for most players in a single FPS Battle (1,158!) – and, better yet, it’s completely free-to-play!

Escalation builds on the camaraderie, strategic teamplay, and scale PlanetSide 2 is known for with a stunning breadth and variety of content for soldiers of all skill levels and playstyles. From new resources and tools, to weapons and vehicles, to an entirely new social space.”

“The Bastion and Colossus are just a few of the War Assets available in this update, an all-new tactical feature that offers Outfits (communities akin to guilds or clans) the ability to craft and deploy powerful tools and weapons on the battlefield. Outfits can now accrue communal resources by capturing bases and holding territories, which can then be spent on War Assets like Steel Rain (a coordinated drop pod assault), Citadel Shields (massive projectile-blocking bubble shields), and the A.N.V.I.L. (an airdrop of a ground vehicle of your choice).”