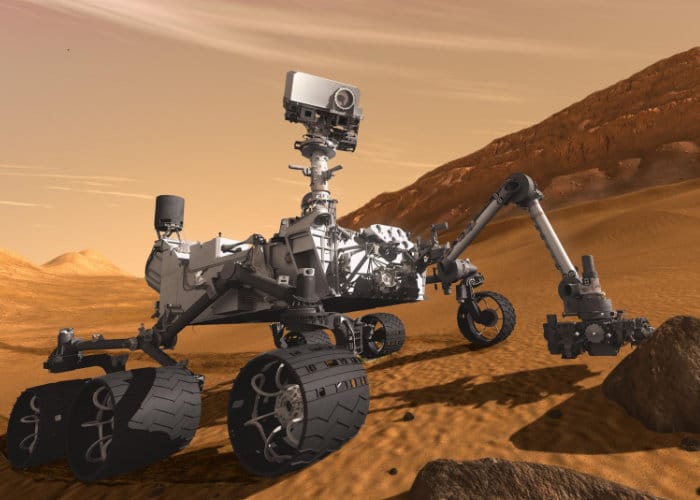 During the winter months on Mars the awesome Curiosity Rover was able to capture a fantastic panoramic photograph of the Gale Crater and surrounding mountains. Which has now been collated and published in a fantastic video by NASA this week. Check out the panoramic view of Mars from the Rovers perspective, during which Curiosity Project Scientist Ashwin Vasavada provides narrative and a tour of the path Curiosity took to get to its current location.

The Curiosity Rover is approximately the same size as a standard car and was launched from Cape Canaveral on November 26th, 2011 and the Rover finally landed on the Martian surface August 6th, 2012. Curiosity’s design will also serve as the basis for the planned Mars 2020 rover.

As of January 29, 2018 the Rover has been on the Martian surface for over 2000 days and is a testament to the technology and ingenuity of NASA engineers and all those involved. To be able to create a Rover and carefully place it on a planet 54.6 million kilometers away. The Rover was originally designed for a two-year mission, but this timeframe has now been extended indefinitely and NASA has celebrated the fifth anniversary of the landing. Long may it continue to send back awesome images and data from the Martian surface.

As more footage is released by NASA or details on possible future expeditions to Mars including projects hoping to land a human on the Martian surface and even start populating the planet, we will keep you up-to-date as always.