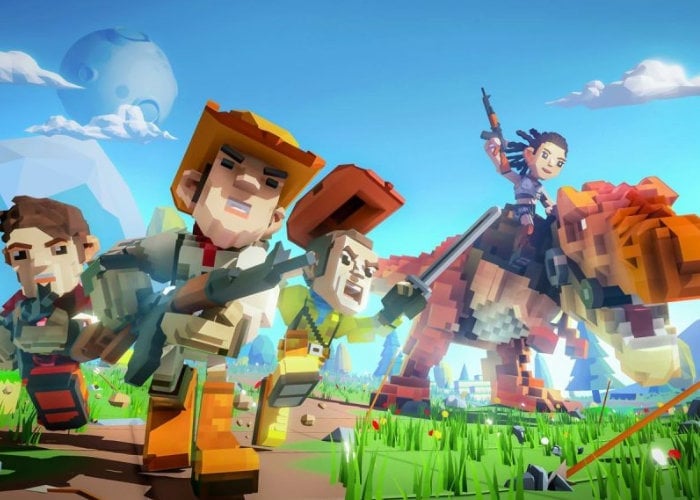 Taking more than just a little inspiration from Minecraft, PixARK is a new sandbox survival game it will be officially launching on the PlayStation platform later this month and will be available to play from May 31st, 2019 onwards. Previously launched on the PC and available via Steam the PixARK adventure game allows you to “enter a world of mystery, danger, ancient dinosaurs, mythical beasts, and cubes! Work by yourself or with a tribe of others to gather materials, craft useful items, tame wild creatures, and build huge bases to survive.”

“Welcome to PixARK, a vast, wild world filled with vicious dinosaurs, magical creatures and endless adventure! To survive in this mysterious land, you must tame creatures both ferocious and cuddly, craft high tech and magical tools, and build your own base out of cubes.”

“With a robust character creator, an infinite number of voxel based maps and procedurally generated quests, your PixARK adventure will be completely unique. Team up with friends to form a tribe, or play on your own. Spend your time building a towering fortress or go on a quest in a sprawling cavern. Fly on the back of a dragon and smite your enemies with a magic wand, or ride a mighty T-Rex and blast your foes with a rocket launcher. In the world of PixARK, how you play is up to you – as long as you survive!”

Voxel-based sandbox survival game, PixARK will be visually launching on May 31st will be available to purchase from retail and digital distributors for Sony’s PlayStation 4. In the meantime for more details jump over to the official PlayStation online store.