When you say the name Pioneer, I automatically think of audio gear and DJ equipment. Audio isn’t all the company is about. It also has a range of bicycle computers designed to help bicyclists improve their ride and performance. The new Pioneer products include the SGY-PM900H79 Pedaling Monitor/Power Meter Sensor and SGX-CA900 Cyclocomputer. 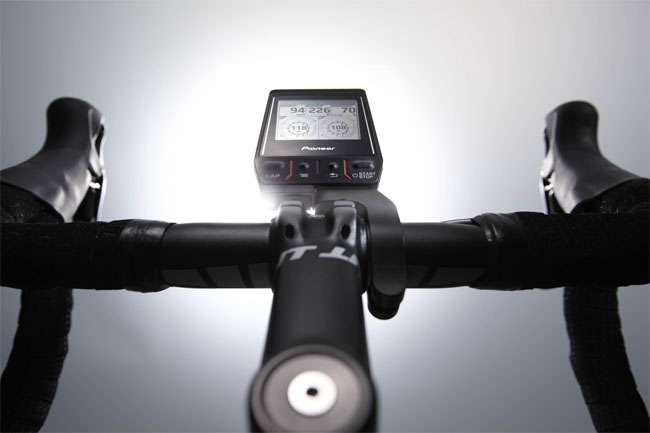 The system is able to monitor the highest power recording rate in the industry by using 12 different points on a single 360° pedal stroke. Information is transmitted via a special ANT+ stream. The device uses a wireless transmitter and that transmitter can operate for up to 200 hours on a pair of batteries. The cycle computer itself has an LCD screen with 320 x 240 resolution. The SGY-PM900H79 sensor sells for $1600 and the Cyclocomputer itself sells for $900.