We have featured quite a few different tablets from Australian computer make Pioneer Computers here at Geeky Gadgets, the last one was the DreamBook ePad F10 Windows 7 tablet, and the company has just announced their first Android 3.0 Honeycomb tablet, the DreamBook ePad H10 HD. 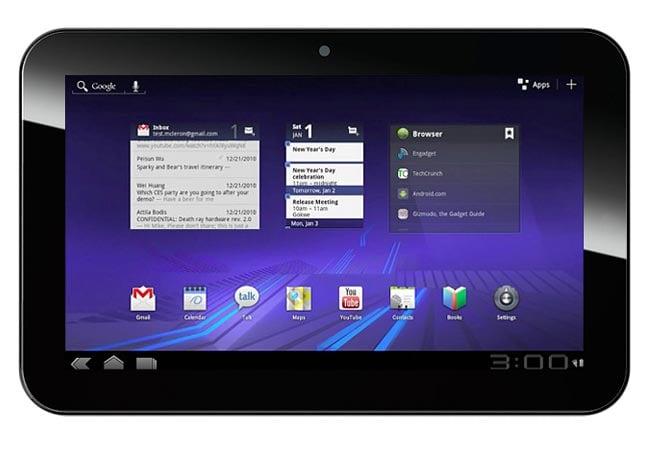 Storage wise there are three different models, each with 16GB, 32GB and 64GB respectively, and there is also an optional 3G card, plus built in 802.11 b/g/n WiFi and Bluetooth 2.1 +EDR.

The DreamBook ePad H10 HD also comes with a 3.5mm audi jack, a micro HDMI connector, MicroSD card slot, and a micro USB port, there is also a built in 3-axi accelerometer, an e-compass, a gyro sensor and an ambient light sensor.

The DreamBook ePad H10 HD is available to pre-order from Pioneer Computers in Australia for $699 (Australian dollars) and it will begin shipping in April.