Pierre Cardin has launched what it is calling the ‘UK’s first designer tablet PC’, and this new tablet features a 7 inch capacitive multi-touch display with a resolution of 800 x 480 pixels and it comes with Android 2.2 Froyo.

Other specifications on the Pierre Cardin tablet include a 1GHz processor, 512MB of RAM 4GB of built in storage plus a microSD card slot that can take up to 16GB cards. 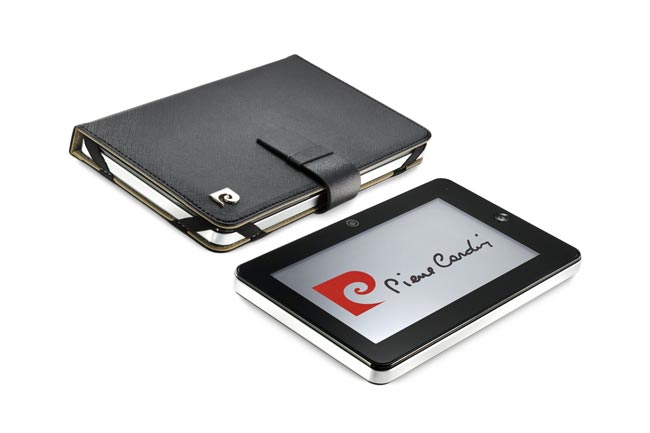