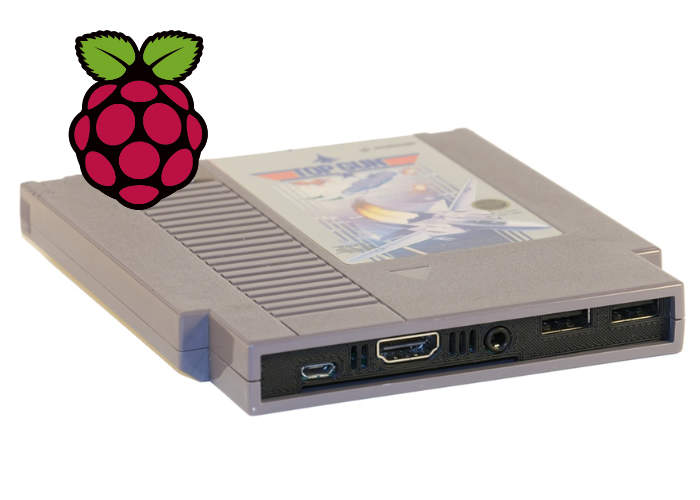 Raspberry Pi enthusiasts and users might be interested in a new case kit which has been created by William Mauldin in the form of the Pi3Cart which uses an old NES Cartridge to house the PC.

Designed for the latest Raspberry Pi 3 mini PC the new case is perfect for retro gaming emulator projects and provides a unique case to house your Raspberry Pi hardware when compared to other cases currently on the market and recycle old NES cartridges at the same time.

William explains a little more about the inspiration and design behind the Pi3Cart which he has this week launched via Kickstarter to raise the $500 he requires to take the parts to transform NES cartridges into cases into production.

The Pi3cart is a fun DIY kit that will allow a Raspberry Pi 3 to be installed into a classic NES cartridge.  It makes a great case for a retro gaming platform or any other Raspberry Pi system. By using a Raspberry Pi 3 instead of the much less powerful Pi Zero, many options open up such as playing many retro console games that wouldn’t be possible otherwise.  Furthermore, the integrated Bluetooth, WiFi, and full sized HDMI and USB ports eliminate the need for multiple adapters and extensions that would be required for a Pi Zero system.

The Raspberry Pi 3 is known for overheating under heavy CPU loads. This problem is solved by integrating a cooling fan that is small enough to fit inside the cartridge and provides adequate airflow.  The fan keeps temperatures low even when running benchmark programs that max out all four processor cores for an extended period of time.  Cooling vents were integrated into the mounting bracket face so no holes need be cut into the cartridge itself.

To get the Raspberry Pi into the NES Cartridge it is necessary to remove the Ethernet port and the double stacked USB ports from the circuit board.  The integrated WiFi on the Raspberry Pi 3 all but eliminates the need for an ethernet port, and two USB ports are relocated to the face of the mounting bracket.  A driving factor in the design of this project was to keep the exterior of the NES cartridge unmodified so as to maintain the stock appearance of the cartridge.  However, it would be possible to cut slots into the side of the case and install two more USB ports if desired.

Pledges are available from $20 with shipping expected to take place during December 2016, although at the current time the Raspberry Pi 3 NES Cartridge case kit is only shipping to Kickstarter users within the US. If you enjoy building Pi projects you might be interested in our comprehensive list of Raspberry Pi displays, HATS and small screens.