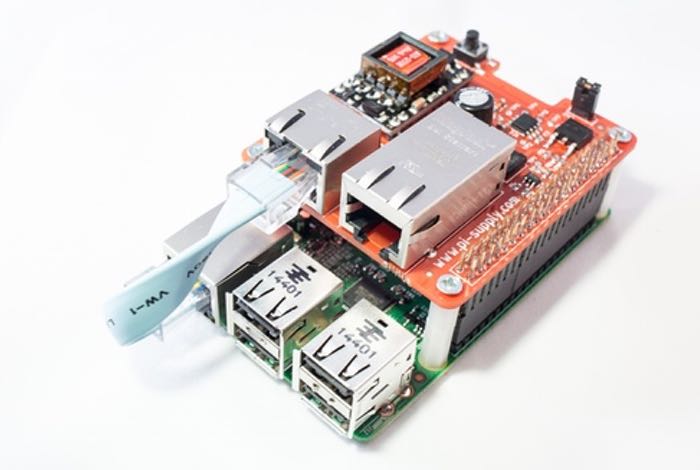 Powering your Raspberry Pi over Ethernet provides a wealth of benefits for certain applications such as reducing cable clutter and offering power management.

Pi Supply who we have featured here before on Geeky Gadgets and are responsible for creating awesome Raspberry Pi add-ons such as the PaPiRus – the ePaper Screen HAT and more have created the Pi PoE Switch HAT.

“The Pi Supply switch was our very first Kickstarter project which we launched way back in February 2013 and has been extremely popular with our customers. Since then we have had a number of requests to make all sorts of power management add ons for the Raspberry Pi, but the most intriguing of these was a power over ethernet (PoE) switch.

The Pi PoE Switch HAT is an add on board for the Raspberry Pi that brings the Pi Supply Switch technology together with PoE all in one fantastic package! You can now power your Raspberry Pi and provide an Ethernet connection in any location with just a single cable. Perfect for removing the clutter of wires and for reliable use in remote locations.”

For more information on the new Pi PoE Switch HAT to power your Raspberry Pi over Ethernet jump over to the Kickstarter website for details and to make a pledge from £25 for the HAT.