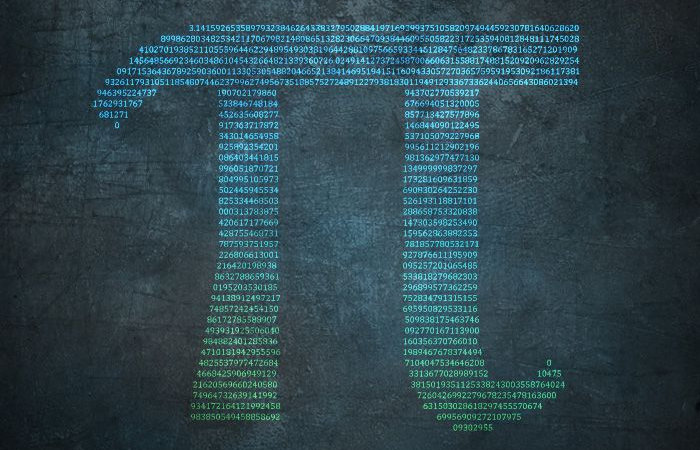 The mathematics world may have seen a new record set for the calculated number of digits for Pi, the mathematical constant and ratio of a circle’s circumference to its diameter approximately equal to 3.14159. Switzerland’s University of Applied Sciences Graubünden is now challenging the current world record claiming it has computed Pi to 62.8 trillion digits.

To carry out the calculation the University built a custom computer powered by dual 32-core AMD Epyc 7542 processors providing 2.9GHz with 3.4GHz bursts and featuring have 128MB L3 cache and happily run 64 threads apiece. The universities server was equipped with 1TB of RAM and was running Ubuntu Linux 20.04 and was fitted with 38 x 16TB 7200RPM hard disks with 34 of the hard drives being used to store the values swapped from RAM and the other for used to store the value of Pi itself. The application y-Cruncher was used for the calculation and is used as a common benchmarking and stress testing application for overclocking is and hardware enthusiasts.

“The calculation of the new pi-digit world record by the DAViS team at the University of Applied Sciences in Graubünden took 108 days and 9 hours. It is therefore almost twice as fast as the record that Google set in its cloud in 2019, and around 3.5 times as fast as the last world record from 2020. The record team from Graubünden is extremely satisfied with that Calculation process. “We wanted to achieve several goals with the record attempt,” says Prof. Dr. Heiko Rölke, head of DAViS.

In the course of preparing and performing the calculations, we were able to build up a lot of know-how and optimize our processes. This is now of particular benefit to our research partners, with whom we jointly carry out computationally intensive projects in data analysis and simulation. ” Thomas Keller, the project manager entrusted with performing the calculations, adds: “The calculation showed us that we are prepared for data and computing power-intensive use in research and development. The calculation also made us aware of weak points in the infrastructure, such as insufficient backup capacities. “