Anyone who has ever wanted to build their own robot but has been worried that they do not have the required skills or budget to purchase and assemble one of the commercially available Arduino robotic kits currently on the market. Might be interested in this new Pi-Bot Arduino Robotic learning platform which has been created by Melissa Jawaharlal and Lavanya Jawaharlal.

The Pi-Bot Arduino Robotic learning platform is a kit which has been specifically created to allow beginners to build a robot from scratch and program it using the Arduino programming language. 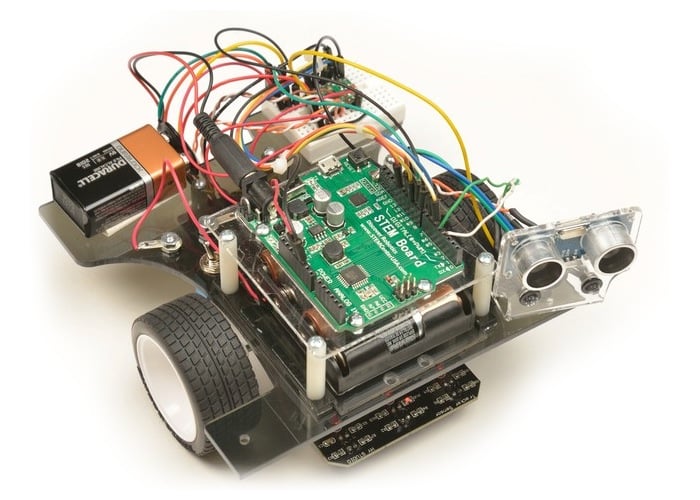 The kit includes everything you need to create your very own mini robot including the STEM board Arduino compatible microcontroller, laser-cut chassis, wheels, gearbox and sensors all for just $75.

From the list of components as well as its price point the Pi-Bot Arduino Robot seems to be the perfect way to enter into the world of robotics and start building your very own. The Pi-Bot project is currently over on the Kickstarter crowd funding website looking to raise enough pledges to make the jump from concept to production. So if you think Pi-Bot is something you could benefit from, visit the Kickstarter website now to make a pledge and help Pi-Bot become a reality.