Some of our readers might remember the Phosphor Touch Time watch which originally launched on the Kickstarter crowd funding website back in 2012 and was expected to be a competitor to the popular Pebble smartwatch which also raised its starting capital from Kickstarter and looked a little similar.

However since completing its Kickstarter campaign and successfully raising over $300,000 to make the jump from concept to production, very little has been heard about the Phosphor Touch Time watch up until now. 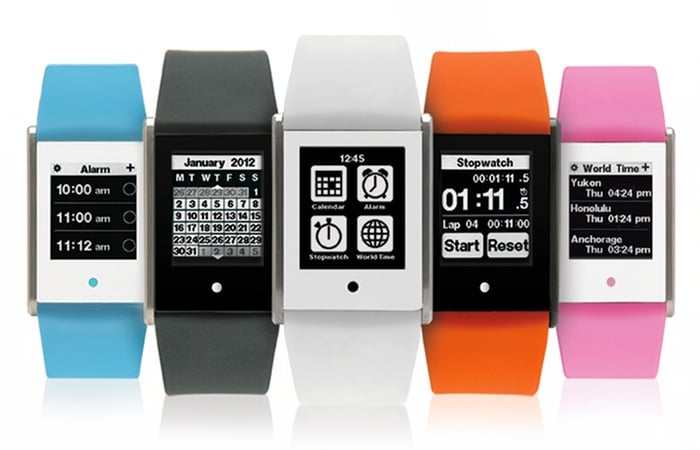 This week the creators of the Phosphor Touch Time watch have announced that the device is now available to purchase for $160 but still lacks any connectivity to a smartphone for notifications and the like which is provided by the Pebble smartwatch.

“Touch Time is a stylish and revolutionary spin on the typical digital watch, which has been virtually unchanged the past 20 years. It utilizes a touch interface with the same capacitive touch screen technology that can be found in Smartphones today.

Touch Time is extremely easy to use, allowing you to change the time display or select apps with a swipe of a finger, rather than requiring a myriad of button pushes. Touch Time’s display is always on, and therefore eliminates the need to press a button to see what time it is.”

Instead the company has stayed true to its digital watch touchscreen device which provides users with a a 144 x 168 LCD panel and water resistant casing which can be taken to depths of 30m.

Together with offering a number of digital watch style functions for users to enjoy. Watch the original Kickstarter crowd funding promotional video below to learn more about the Phosphor touchscreen watch which is now available to purchase for $160.