Petzl the maker of head torches and other camping accessories has unveiled a new product addition to their range, in the form of the Petzl Nao head torch. Which has been designed to adjust its beam depending on where you are looking.

Whether you are looking straight ahead or looking down to read a map the Petzl Nao head torch can recognise the intensity and type of light you might require to shine from its LEDs, and will adjust it’s beam accordingly. Watch the video after the jump to see the new Petzl Nao in action. 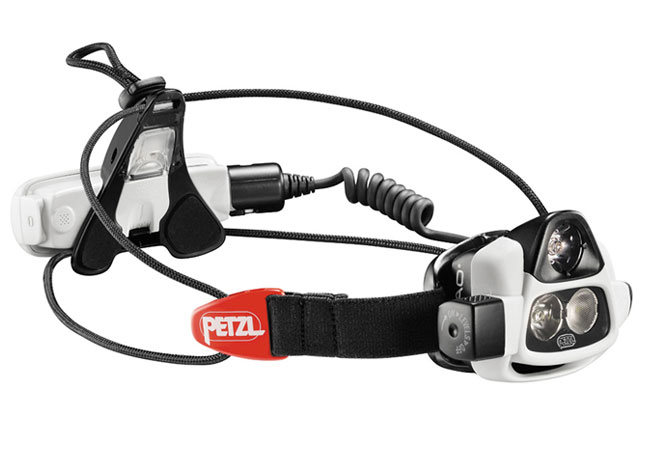 In conjunction with the Nao head torch Petzl is releasing software that will enable you to customise the Nao’s brightness, burn times, and distance settings for specific conditions. Allowing you to create sets of specific activity profiles, which Petzl calls reactive lighting.

The Petzl Nao is equipped with a rechargeable Lithium-Ion battery enclosed in a small case to the rear of your head. Just like the petal Core it can be chargers via USB charging, mains, or your car. If required you can also use a spare Lithium-Ion battery, or two AAA alkali batteries.

The Petzl Nao is water resistant and weighs 187g, a Nao belt kit is also available allowing you to wear the battery pack on your belt or in a pocket to reduce the weight on the head. The new Petzl Nao head torch will be arriving in July 2012 and will be available to purchase for around $175 or £135