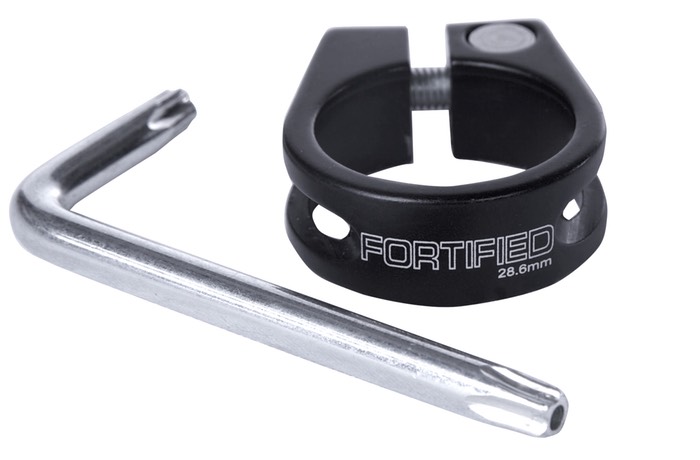 If you have ever cycled in the city and left your bike, you will probably already know that leaving your seat or anything else attached to the bike will probably result in it not being there when you return.

Slava Menn and friends have designed a new bike seat security fixing that has been called Payback, and its design was inspired by the theft of a friends seat.

Watch the video below to learn more about the inspiration for this new bike seat fixing that has been designed to thwart thieves and stop them stealing your seat whenever you leave your bike. Its designers explain a little more :

“It takes 10 seconds to steal a bike seat, as our friend Max learned. If you haven’t watched the video you’ll want to see how we caught the thief.

The Payback bike seat security system locks down your seat post and saddle with Fortified security bolts. If either are ever stolen, we’ll replace them with a brand new one. That’s a Fortified promise.
Payback is designed to work perfectly with the Aviator and Afterburner: Bike Lights that Last Forever.”

The Payback project is currently over on the Kickstarter crowd funding website looking to raise just $8,000 in pledges to make the jump from concept to production. So if you think Payback is something your bike seat could benefit from, visit the Kickstarter website now to make a pledge from $15 and help Payback become a reality and protect your bike seat from theft.