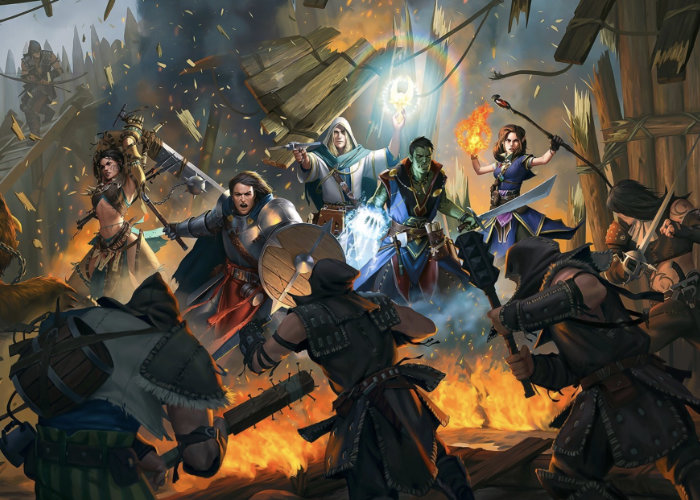 Xbox and PlayStation gamers not yet experienced the world of Pathfinder Kingmaker will be pleased to know that the Definitive Edition has today launched on both platforms providing access to the base game and all six DLCs.

Pathfinder: Kingmaker is an isometric role-playing game developed by Russian studio Owlcat Games and published by Deep Silver, based on Paizo Publishing’s Pathfinder franchise. The gameplay is modelled on the Pathfinder role-playing game and inspired by classic computer RPGs such as Baldur’s Gate and Neverwinter Nights. It features a real-time-with-pause combat system and an isometric perspective.

“Pathfinder: Kingmaker – Definitive Edition is the ultimate single-player RPG experience based on the acclaimed Pathfinder series. Explore and conquer with your party the Stolen Lands of Golarion, a world rich with history, mystery and conflict featuring real-time combat or optional turn-based fights. The Definitive Edition includes the base game, new features plus 6 DLCs.”

“Players will be able to adventure through the Stolen Lands, exploring the vast world of the Pathfinder Roleplaying Game universe. From humble beginnings, characters will face fearsome beasts, meet lifelong companions, and build their own kingdoms as a deep and engaging story unfolds around them. Being a tribute to such classics as Baldur’s Gate and Neverwinter Nights, it brings back memories of beloved gameplay mechanics and embarks the player on a hand-crafted, story-driven adventure.”