Some of our readers will remember the Parrot AR Drone that we previously featured on Geeky Gadgets. The Parrot AR.Drone is a quadricopter, and it has four helicopter blades that are used to fly it and also to move around, it also has two built in cameras. 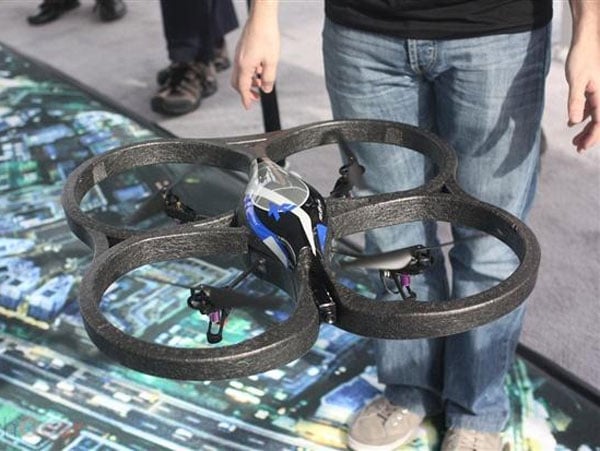 Rather than being controller by a standard remote control, it can be controlled by your iPhone and you can see on your iPhone screen what the AR Drone’s Camera’s see.

We had hoped that the Parrot AR Drone would be reasonably priced, but it looks like it will now retail for the pricey sum of $300, there are still no details on an exact launch date as yet.