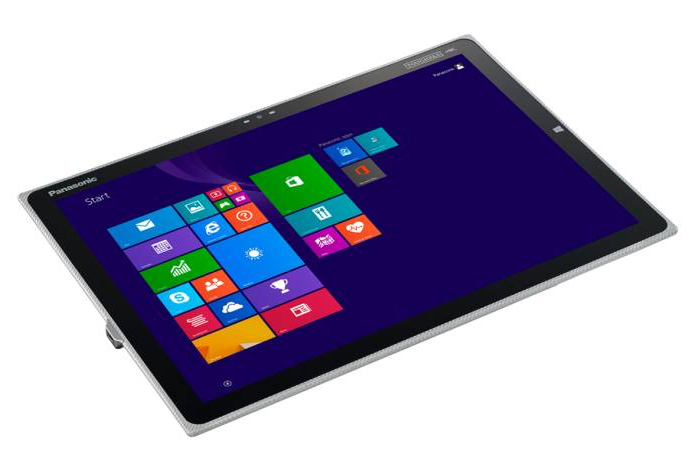 Panasonic has this week announced it is upgrading its Panasonic Toughpad 4K Windows tablet equipping them with Intel’s Broadwell processor with Intel vPro and replacing the older Intel Core Ivy Bridge processor.

The newest version of the huge 20 inch Panasonic Toughpad tablet will be equipped with a Core i5 Broadwell processor with Intel vPro as well as featuring an IPS display with a 15:10 aspect ratio offering users a wide viewing angle, together with a resolution of 230 pixels per inch.

Other features of the 4k Ultra HD Windows tablet include a mini DisplayPort output, and USB 3.0 port, together with connectivity provided by 802.11ac WiFi, Bluetooth 4.0 support, and Ethernet port. Panasonic explains a little more in today’s press release :

“Running Windows and built on the Intel vProTM platform, the Toughpad 4K offers unique hardware and OS-based enhanced security features, remote manageability and capabilities designed to increase end user productivity and data protection. With a magnesium alloy frame enclosed in a reinforced glass fiber case, the lightweight, business-rugged tablet is built to handle a 30-inch drop to its back while operating, and 12-inch drops to 26 angles when nonoperational. “

Panasonic first launched the Toughpad 4K tablet over 12 months ago and unfortunately even with the new upgrade the price for the latest tablet still remains high. Priced at just under $3000 the newly updated tablet will be available to purchase later this year during July 2015.