Now Panasonic has announced the launch of a new lens for their Lumix G Micro Four Thirds camera range, although this new lens is a little different than previous lenses as it will let you take photos in 3D. 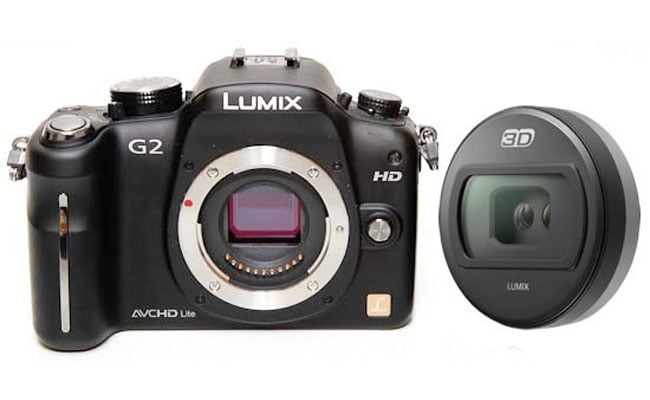 ‘This year will be remembered as the ‘First Year of 3D Era’ and Panasonic has already taken the lead by launching 3D-capable VIERA™ televisions and Blu-ray™ 3D Disc Players,” said Darin Pepple, Senior Product Manager, Imaging, Panasonic Consumer Electronics Company. “With Panasonic’s development of a twin-lens capable of 3D shooting, the company is providing consumers with a way to capture their own 3D content, which they can then enjoy watching in the comforts of their own home. Panasonic is dedicated to evolving the 3D ecosystem, letting consumers create and display lifelike 3D images in their homes.’

There are no details on pricing as yet, and no official launch date, all we know is that the 3D lens will go on sale before the end of the year.