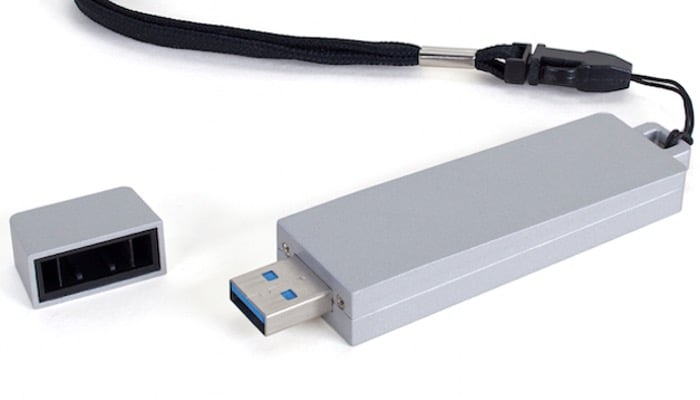 At CES 2015 this weekOther World Computing (OWC) has unveiled a new pocket sized solid state disk (SSD) in the form of the OWC Envoy Pro Mini, which is fitted with a USB 3.0 SuperSpeed SSD drive all contained within a compact thumb drive casing for easy transportation.

The OWC Envoy Pro Mini will start shipping later this month and is available in two sizes offering either 120GB of storage for $119 or a larger 240GB for $199.

OWC has also stated that they are currently developing a super-size 480GB capacity Envoy Pro Mini drive. That they are hoping to launch later this year, but unfortunately at the current time no prices have been announced by OWC.

For more information and the ability to purchase the new pocket solid state disk (SSD) once it becomes available jump over to the Other World Computing website.