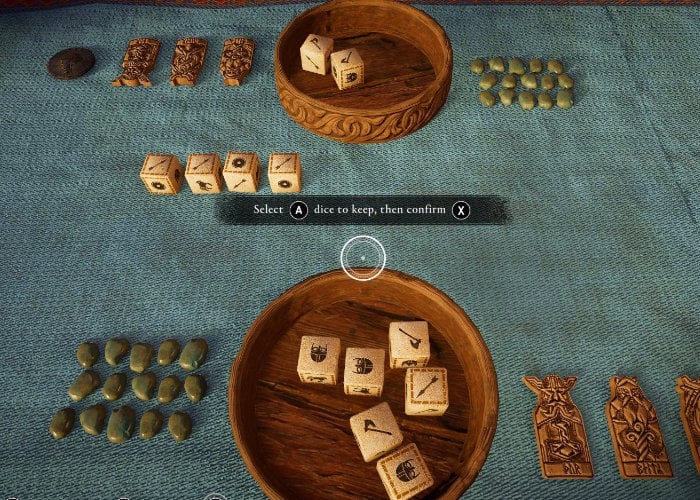 Assassin’s Creed Valhalla players that have been enjoying the in game dice game Orlog, which allows you to win a little extra coin for life’s necessities, will be pleased to know that it will soon be available as a physical board game, launching sometime next year. Unfortunately Orlog is not a traditional Viking game as Ubisoft’s research team failed to uncover any sign of an authentic viking game in the history books, so the goal with Orlog was to create something “that would be ‘credible’ rather than historically accurate”. The Eurogamer website explain a little more about the game’s mechanics.

“Players must attempt to whittle down their opponent’s lives by rolling symbols on dice to either attack, block, or gain a God Favour – used to modify basic rolls at the end of each round. Dice can be thrown up to three times per round, and players can select which symbols they wish to keep between rolls, bringing a layer of strategy to proceedings.”

The Orlog board game will be a collaboration between Ubisoft and pop culture collectibles company PureArts. As soon as more information on pricing and availability is announced we will keep you up to speed as always.