A pair of chemists at the University of Texas developed an origami-style sensor that can detect diseases such as malaria and HIV. What’s even greater news? These sensors cost only 10 cents a piece. 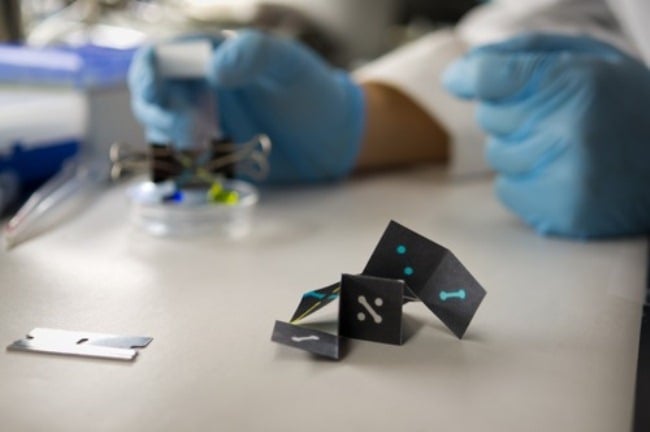 Developed by chemists Hong Liu and Richard Crooks, the Origami Paper Analytical Device (or the oPAD) will prove to be very useful in developing countries wherein lab based tests are anywhere from extremely expensive to unavailable.

“This is about medicine for everybody,” says Richard Crooks, the Robert A. Welch Professor of Chemistry.

This three dimensional paper sensors work like the traditional pregnancy tests but improved on it since it can test a lot more substances in a smaller surface area.

The hydrophobic materia such as wax or photoresist is laid down into tiny canyons of chromatography paper. It channels the fluid sample to be tested into spots where reagents have been embedded.

It’s fairly easy to use. When the color changes to a specific color, get scared.

Liu got the idea for the project when he worked on a similar idea by Harvard University chemist George Whitesides. Whitesides’ “microfluidic paper sensor”, however was expensive, time consuming to construct and is fairly limited. Lui improved on Whitesides idea and made the oPad using a sheet of photolithography, an office printer, and his fingers.

Crooks and Liu also designed a scheme so that they can run tests that require power. A prototype uses aluminum foil to look for glucose in urine. You basically pee on it and it works.