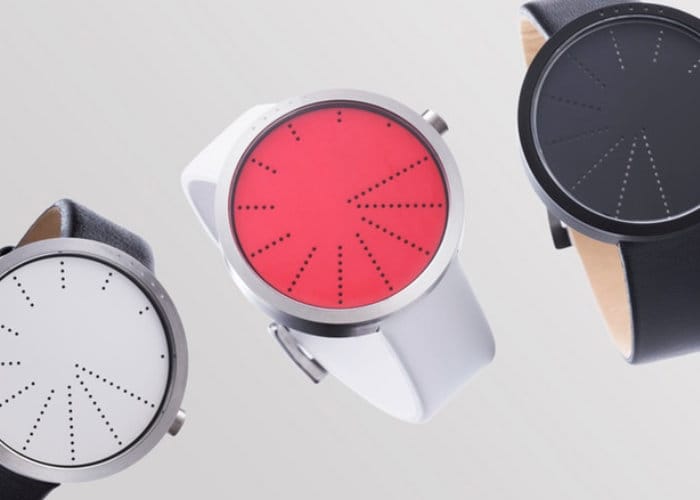 A new minimalist watch inspired by New York City has been created by Anicorn Watches called Order, which features a Swiss movement and a perforated rotating watch face housed in a stainless steel outer, finished with sapphire glass and interchangeable straps. Watch the demonstration video below to learn more about the order minimalist watch which has this week launched via Kickstarter.

Early bird pledges are available from £115 or roughly $140 and worldwide shipping is expected to take place during January 2019 if the crowdfunding campaign is successful and manufacturing is proceeds smoothly. The latest Kickstarter is Anicorn Watches fourth to be launched on Kickstarter and the company hopes once again to be successful in raising enough funding to make the jump into production.

“Order has no watch hands. Instead, the entire watchface is perforated with an ascending number of dots, which rotate to align with the frame and tell the time in 15 minute intervals. The designers hope to inspire the wearer to not worry so much about the exact time; instead, to focus on the world around them.” Features of the minimalist watch include :

– The 40mm case is designed for both men and women.
– Order runs on a Ronda 512 Swiss Parts Movement.
– The watch has a 316L stainless-steel enclosed casing, available in black or silver.
– The casing is ultra thin—only 8.7mm.
– All straps are interchangeable with TTT#1—Hidden Time Watch—thanks to the smart docking system.

To be one of the first to own the Order minimalist watch jump over to the Kickstarter campaign page by following the link below.